A Multi-Phase, Year-Long Investment in the Next Generation of Global Music Stars

The emerging artists, hand selected by music teams at SoundCloud, represent a diverse range of sounds, geographies and identities: Charmaine, Ela Minus, Kid Quill, Lourdiz, Otis Kane, Pa Salieu, Payday, Sofia Mills, and SoFaygo. These multi-talented singers, songwriters, rappers, and DJs from around the world with distinct styles and sounds all share one thing in common: they are each on the cusp of breakout success.

Today’s most buzzed about new artists and hottest stars started their careers on SoundCloud -- Billie Eilish, Megan Thee Stallion and Post Malone, amongst others -- and “First on SoundCloud” has amplified this track record of breaking what’s new and next in music.  Since launching in 2018, emerging artists featured in “First On SoundCloud” include rising sensations Cuppy, Che Lingo, Baby Rose, Grammy Award nominee, Kehlani, and chart topper, Lil Tecca.  “First on SoundCloud’s” new, one-of-a-kind accelerator program now goes beyond the campaign’s discovery roots to fully backing an emerging artist's career-making firsts.

“We’re very excited to introduce this new class of breakout emerging artists, all sharing the special qualities that represent the SoundCloud artist community at its core — they’re innovative, original, and DIY at heart,” says Erika Leone, Vice President, Brand Marketing, SoundCloud. “‘First on SoundCloud” has always been about amplifying emerging artists and driving discovery for listeners. With the new accelerator program we’ll work directly with the artists over this year to help them drive real, meaningful advances in their careers, while helping them reach new creative milestones and growing their global fan-bases.”

Powered by SoundCloud’s artist development experts, creator resources, artist-to-fan community, and editorial expertise, the “First on SoundCloud” accelerator program works closely with artists to produce memorable, authentic, career-making moments, culminating in an original collaborative project that marks a first for each artist like their first dream collab, first merch drop and first mind-bending album cover art. In addition to these milestone creative outputs, here’s a taste of what to expect from “First on SoundCloud” this year:

To kick-off their “First on SoundCloud'' journey each artist will be personally announced to the world by influential artists, tastemakers and cultural pioneers, including D Smoke, Trippie Redd, and Rico Nasty, creative photographer and designer Ciesay of Places + Faces, and rising NBA star De’Aaron Fox.  These inspirational icons provide an invaluable cosign, amplifying each individual artist to their massive communities of friends and followers.

Meet the “First on SoundCloud” 2021 artists:

Zimbabwe-born, Toronto-based hip-hop artist Charmaine first uploaded music to SoundCloud when she was seventeen in 2012, and today she’s one of Canada’s most buzzed-about new artists. Drawing influence from rappers like Lil Jon, Dem Franchize Boyz, and Lil Scrappy, Charmaine blends brash hip-hop swagger and addictive R&B in her unique style of music.

Colombia-born, NYC-based Ela Minus is a true DIY artist who designs and builds hardware synthesizers and performed, produced and recorded her 2020 debut album Acts of Rebellion entirely by herself. Self-made and punk in spirit, Ela puts her own spin on traditional electronic music that is complex and exudes a vibrant warmth.

Beginning her music career as a songwriter for the likes of Anitta, blackbear, G-Eazy and other now-superstars, 19-year-old San Antonio native/LA resident Lourdiz is establishing her own genre-bending sound that's cutting through. Lourdiz began sharing her personal work on SoundCloud in 2019, drawing inspiration from her rich Mexican heritage, personal experience and perspective.

LA-based artist Otis Kane’s natural talent as a singer, songwriter and producer has led him to work with some of music's very best, including Pink Sweat$, Julia Michaels, Wiz Khalifa, The Jonas Brothers, and more. Otis first shared his work on SoundCloud in 2014, and his 2020 debut EP Therapy garnered worldwide attention featuring his soulful vocals and melodic production.

British-Gambian rapper Pa Salieu blends West African sounds into his style of UK rap. Since his single "Frontline" became the most played track of 2020 on BBC 1Xtra, Pa Salieu’s profile continues to rise globally with late night television performances and collaborations with artists like FKA twigs.

17-year-old artist Payday spent her childhood bouncing state-to-state, with music becoming the one reliable source to express herself. At just 8-years-old, she started making music and by 12, began uploading it to SoundCloud. She has since independently amassed millions of streams, graced the covers of taste-making playlists, and is a welcomed and refreshing genre-defying voice for her generation.

Sofia Mills got her start releasing her indie-pop infused demos on SoundCloud in 2016, written and recorded in her bedroom in Rockport, Massachusetts. One year later, her track “Coffee Breath” went viral on TikTok, amassing over 4.5M streams on SoundCloud alone. At eighteen years old, she released her first EP All My Pals in 2020.

19-year-old Cobb County, Georgia rapper SoFaygo cites Chief Keef, Young Thug, Usher, and Drake as inspirations for his versatile style of music-making he describes as “wavy.” Building a name for himself on SoundCloud and beyond, SoFaygo has reached 15M+ streams for hit track “Knock Knock” with Lil Tecca, and garnered attention from famed rappers like Trippie Redd. 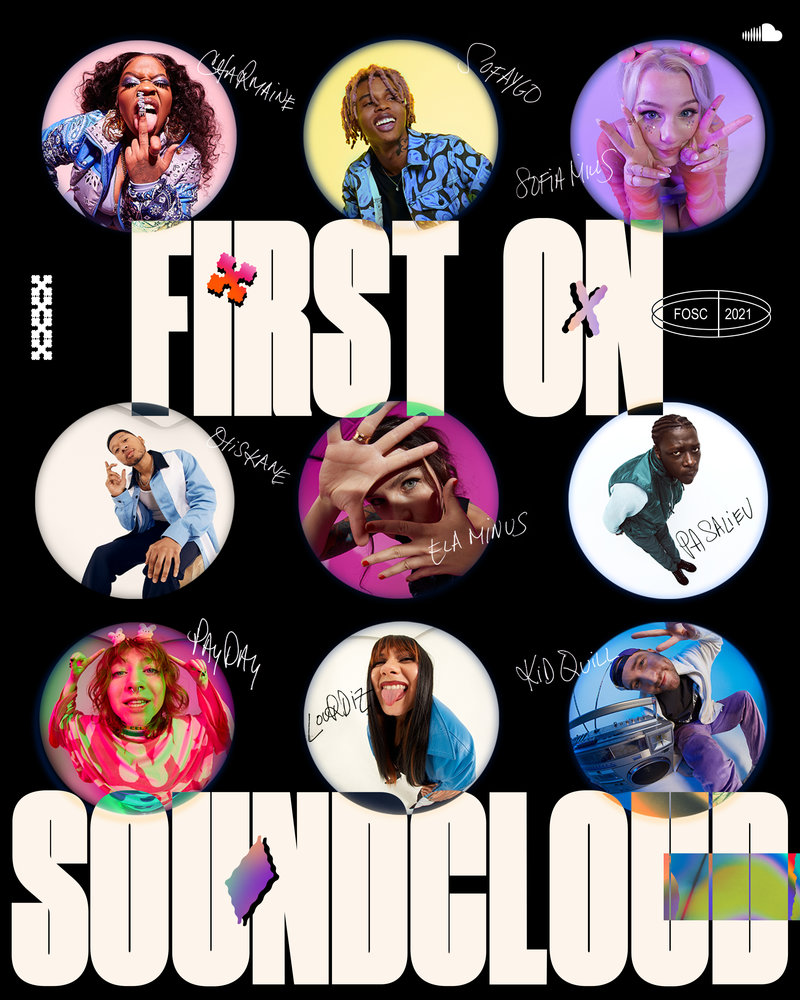 SoundCloud is a next-generation music entertainment company, powered by an ecosystem of artists, listeners, and curators on the pulse of what's new, now and next in culture. Founded in 2007, SoundCloud is an artist-first platform empowering artists to build and grow their careers by providing them with the most progressive tools, services, and resources. With over 250 million tracks from 30 million creators heard in 190 countries, the future of music is SoundCloud.

Pandora Launches 'The Lookout by SoundCloud'

Pandora and SoundCloud are joining forces to bring fans music from the hip hop superstars of tomorrow with ‘The Lookout by SoundCloud’, a new station available on Pandora.
12 Oct

SoundCloud announced ‘SoundCloud Next Wav’, its new experiential event series, will debut at the A3C Festival and Conference in Atlanta on October 22, 2022.
23 Sep