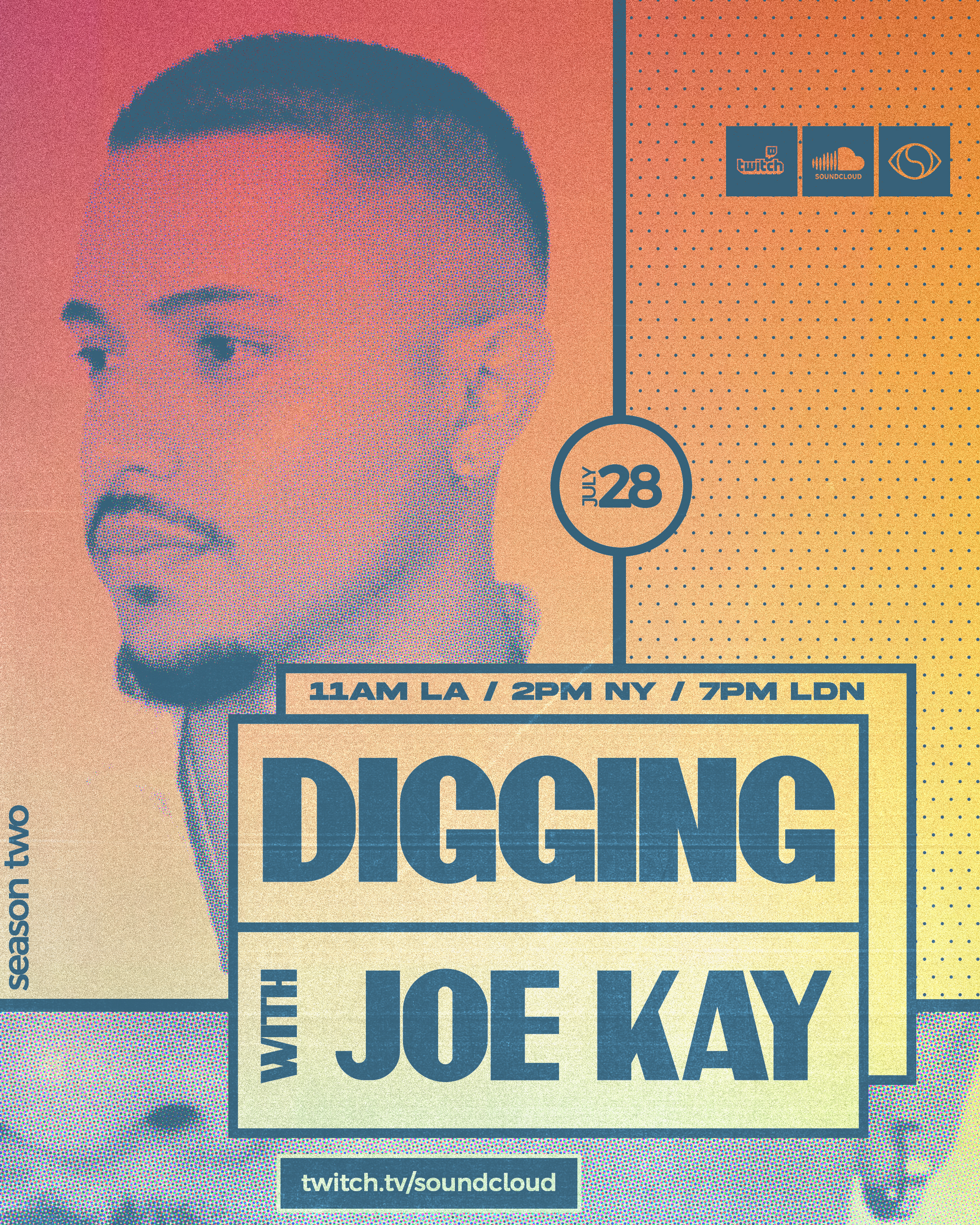 Hosted by DJ and visionary co-founder of the independent music platform, label, and artist collective Soulection, Joe Kay, this bi-weekly show once again brings together the unique music discovery experience found only on SoundCloud.  Coupled with Kay’s expertise and real world storytelling, the series connects artists and fans with the most exciting undiscovered tracks on the platform.

“Digging with Joe Kay” debuted in May 2020 as part of SoundCloud’s launch on Twitch.  The show quickly became a fan-favorite among listeners and creators eager to check out Kay’s rare finds from some of the hottest underground artists across genres, sounds, and identities first on SoundCloud before breaking anywhere else.

During the show, artists and fans can live chat directly with Kay, get tips on what makes a particular track stand out, comment on the picks, give shoutouts, and promote their own latest drops in the live chat. Following each episode, fans can revisit highlights on SoundCloud in a “Digging with Joe Kay” playlist updated with new, standout tracks played during the live show each week.

“SoundCloud is one of my favorite sources of inspiration when it comes to finding new artists, demos, edits, and DJ’s mixes/radio shows from all over the world,” says Joe Kay. “I tap in to the SoundCloud matrix when I need to dig deeper.”

“Digging with Joe Kay” captures that real-time moment of music discovery when you are introduced to a new sound or under-the-radar artists by a trusted creator and dedicated music fan, like Kay, and bring your own voice to the conversation,” said Leon Sherman, Director of Editorial at SoundCloud. “With tracks from over 30 million creators across the globe, we are always excited to work with Joe, one of the most influential artists, tastemakers and leaders on the music scene, to surface the future stars that first share their work with the world on SoundCloud.”

SoundCloud is a next-generation music entertainment company, powered by an ecosystem of artists, listeners, and curators on the pulse of what's new, now and next in culture. Founded in 2007, SoundCloud is an artist-first platform empowering artists to build and grow their careers by providing them with the most progressive tools, services, and resources. With over 250 million tracks from 30 million creators heard in 190 countries, the future of music is SoundCloud.

Since 2011, Soulection has been a cornerstone of creativity for innovative musicians, crate-digging DJs, and open-minded fans from across the world. What began as an independent radio show has since blossomed into a global community of artists and audiences, united in a borderless, genre-bending, musical movement. Over the past nine years, their grassroots expansion is a model of what happens when one stays true to their roots in the constantly evolving digital age of music. From putting out independent releases with producers like Ta-ku, Sango, Dpat, and Atu on Bandcamp to being the first collective invited to play Coachella, Soulection’s growth has been organic and fruitful.

Portishead released their cover of ABBA’s “SOS” exclusively on SoundCloud, marking the first time it will be commercially available on a major streaming platform. Revenue from its streams will be earned though SoundCloud's fan-powered royalties.